Giortes Rokkas Opening Ceremony for 2019 will start late in the afternoon at Rokka Square, where guests will be able to stroll around the Lantern Villages, a fantastic, colorful, scenography inspired by the villages of Rokka and Kera, created and supervised by the artist, Georgina Drakouli-Solo. With the use of individual sound devices, the spectators will perform a mystagogical walk full of sounds and light just before the musical concert of Foivos Delivorias and his company.

Take a pair of headphones and begin an illuminated walk through Kera and Rokka, taking in village stories, ambience, poetry and music.

The soundwalk begins at dawn in Kera and takes you to the Trouli of Rokka, before ending at night, looking out towards the bay of Kisamos.

Georgina Dracoulis-Solo, along with the lantern workshop participants:

With thanks to the villagers of Rokka and Kera, Medea Electronique, Τhe Lantern Company, the School of Architecture and Mechanical Engineering (National Technical University of Athens), Jason Guy.

The Sidewalk Songs with Foivos Delivorias

Cooling down the sidewalk with water is a well known practice during summer. This is what Fivos Delivorias will do with his “Sidewalk Songs”, the performance that thrilled the crowds last winter in Athens and Thessaloniki. He will travel them and will rain them in all the waters of the Greek territory, looking everywhere for friends and “neighbors”. Fivos old songs, recent ones, unreleased, as well as his “brothers” songs, who also start from the sidewalk but end up somewhere else (Aggelakas, Pavlidis, Correia, Thanasis Papakonstantinou, Hatziphragetta etc.), form a concert in a form of a large song, like a breath, in perhaps the most personal live suggestion of the songwriter. With him are his permanently disturbed and notorious collaborators, Duvas, Christodoulou, Pantelis and Stamatakis, in their most creative partnership, as well as the sixth yet member of the band, Nefeli Fassouli, who gives her own strong signal in the show with her musical interpretations. In summer clubs, squares and open-air theaters, the “sidewalk” this year is watered, scattered and dancing! 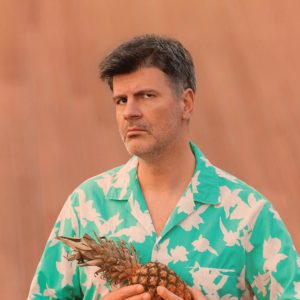 Rokka and Kera villages are located in the northwest of the Prefecture of Chania, in the Municipality of Kissamos, 12 km from Kissamos, 39 km from Chania and 55 km from Chania airport. Following the E65 National Road from Chania to Kissamos, and turning to the Nopigia to Kera – Rokka hub, you will not have difficulty finding us. Rokka’s Square is located in the center of the village, right next to the main street from which you will come.